This is an ode to the Global Warming and the cow farts. No offense to all the farts which we would talk bout here. Hope you all take it in good farting humorous way.

Being a sales and marketing chap, over the past so many years (man that makes me sound like an old fart...but nevertheless.....), I have met, seen, interacted with a lot of people - brainy, brawny, fairer sex, humans and some who live in this surreal world of nothingness with a thinking that they are god's gift to mindkind and womenkind alik and also some who think they are GOD.

The common denominator among all of them is that they all fart. They ALL fart. The all FART.

Now before we get into the stink and the noise let us first define what is a fart:

According to dictionary.com a fart is both a noun and a verb..

1. a flatus expelled through the anus.

2. an irritating or foolish person.

3. to expel a flatus through the anus; break wind.

—Verb phrase4. fart around, to spend time foolishly or aimlessly.

to release intestinal gas through the anus. (Often objectionable. One of the classic four-letter words. It should be noted that English does not have a single, “polite” word, noun or verb, for this matter. Break wind is common, but there is no parallel noun. See the complete list of all entries with fart in the Index of Hidden Key Words.) : Okay, who farted?

the sound or odor of the release of intestinal gas. (Often objectionable.) : Who made that smelly fart?

a stupid, despicable, and annoying person. (Usually objectionable.) : The guy's nothing but a fart. Just forget him.

Now that this is done, let us get on with this fart of the blog. (get it? how fart is used in this sentence)

The original article about the cows farting leading to global warming talks only about the cows. What it does not talk about are the farts we come across our lives almost on an every second basis. You know farts like the most comon ones in delhi

....as if anyone wants to know. These are guys with serious identity crisis. Maybe they are the Vijays or Amits from the bollywood reel world, arrived into the real life searching for their dads. Wish them the best. Hope they figure out who their Dad is.

"Oh! these are Dolce's which I picked up when in Rome" farts

These are matter of facts farts. or the show off farts. You can see them in places like Janpath in Delhi, Sarojini Nagar in Delhi, Commercial Street or National Market in Bangalore, Fashion Street in Mumbai etc. Who will certainly like to drop the fact that even in recession times they went to rome or any other exotic place for a vacation...

"Yaar! I know what you are talking about...something like tht happened to me also" farts

These are people, to whom whatever has happened to you, would have happened to them in some point of their farting life.

The know all farts. :-) How many do we meet everyday?

Now imagine, most of these farts fart when they talk...how much of farting power happens, how much of hot air is released, how much of noise pollution, ...all leading to global warming.

An old fart like me can fart on this topic for hours...but no time...need to call a few people to listen to their farts hehe

All Farts No Shits = Global Warming???

"Cow Farts: Global Warmers Or A Load Of Hot Air?" This article by Anra Kennedy's was refered to me by Kapil Ohri of Afaqs.

After reading the headlines of the article, it just prompted me to look at the fact if it's cow farts can be categorized as Global Warmers, why not all the other chappies in this world...guess their hot air and farts apart from raising a stink also do contribute to the global warming..heheh

now i need to think about this and put my thoughts or you could say the farts (hehe - devious laughter") in place and talk bout all the farts that I have met.

Would like contributions too...as I am sure..everyone would know a fart when they see one..

rest later
Posted by Jokers at 16:00 No comments:

I still read them Got the entire collection :-) 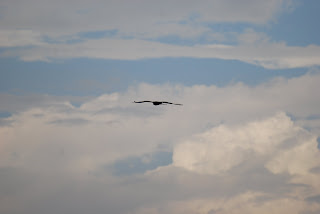 Questions for all of us..

which among the two birds is more free? :-)

Is freedom a perception or a reality?

is perception the reality? 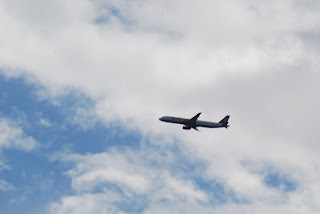 the king of the concrete jungle 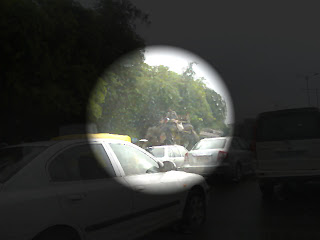 The traffic stopper in Delhi

Another forward I got..maybe this is the continuation of the Management Lessons..makes sense have a look :-)

Most of you must have already read this..but nevertheless a good lesson and hence it is posted here

Here is a little something someone sent me that is indisputable mathematical logic. It also made me Laugh Out Loud.


This is a strictly mathematical viewpoint...it goes like this:

Here's a little mathematical formula that might help you answer these questions:

AND, look how far ass kissing will take you.

So, one can conclude with mathematical certainty, that While Hard work and Knowledge will get you close, and Attitude will get you there, its the Bullshit and Ass kissing that will put you over the top.

A man is getting into the shower just as his wife is finishing up her shower, when the doorbell rings. The wife quickly wraps herself in a towel and runs downstairs. When she opens the door, there stands Bob, the next-door neighbour.

After thinking for a moment, the woman drops her towel and stands naked in front of Bob, after a few seconds, Bob hands her $800 and leaves.

The woman wraps back up in the towel and goes back upstairs. When she gets to the bathroom, her husband asks, 'Who was that?' '

It was Bob the next door neighbour,' she replies.

Moral of the story: If you share critical information pertaining to credit and risk with your shareholders in time, you may be in a position to prevent avoidable exposure.

A priest offered a Nun a lift. She got in and crossed her legs, forcing her gown to reveal a leg.

The priest nearly had an accident.

After controlling the car, he stealthily slid his hand up her leg.

The priest removed his hand. But, changing gears, he let his hand slide up her leg again.

The priest apologized 'Sorry sister but the fleshis weak.'

Arriving at the convent, the nun sighed heavily and went on her way.

On his arrival at the church, the priest rushed to look up Psalm 129.

It said, 'Go forth and seek, further up, you will find glory.'

Moral of the story: If you are not well informed in your job, you might miss a great opportunity.

A sales rep, an administration clerk, and the manager are walking to lunch when they find an antique oil lamp. They rub it and a Genie comes out.

The Genie says, 'I'll give each of you just one wish.'

'Me first! Me first!' says the admin clerk. 'I want to be in the Bahamas , driving a speedboat, without a care in the world.'

'Me next! Me next!' says the sales rep.. 'I want to be in Hawaii , relaxing on the beach with my personal masseuse, an endless supply of Pina Coladas and the love of my life.'

'OK, you're up,' the Genie says to the manager.

The manager says, 'I want those two back in the office after lunch.'

Moral of the story: Always let your boss have the first say.

An eagle was sitting on a tree resting, doing nothing.

A small rabbit saw the eagle and asked him, 'Can I also sit like you and do nothing?'

The eagle answered: 'Sure, why not.'

So, the rabbit sat on the ground below the eagle and rested.

All of a sudden, a fox appeared, jumped on the rabbit and ate it.

Moral of the story: To be sitting and doing nothing, you must be sitting very, very high up.

A turkey was chatting with a bull. 'I would love to be able to get to the top of that tree' sighed the turkey, 'but I haven't got the energy.' 'Well, why don't you nibble on some of my droppings?' replied the bull. They're packed with nutrients.'

The turkey pecked at a lump of dung, and found it actually gave him enough strength to reach the lowest branch of the tree.
The next day, after eating some more dung, he reached the second branch.
Finally after a fourth night, the turkey was proudly perched at the top of the tree..

He was promptly spotted by a farmer, who shot him out of the tree.

Moral of the story: Bull Shit might get you to the top, but it won't keep you there..

A little bird was flying south for the winter. It was so cold the bird froze and fell to the ground into a large field. While he was lying there, a cow came by and dropped some dung on him. As the frozen bird lay there in the pile of cow dung, he began to realize how warm he was. The dung was actually thawing him out!

He lay there all warm and happy, and soon began to sing for joy.

A passing cat heard the bird singing and came to investigate. Following the sound, the cat discovered the bird under the pile of cow dung, and promptly dug him out and ate him.

Congratulations! !! THIS ENDS YOUR 5 MINUTE MANAGEMENT COURSE
Posted by Jokers at 23:18 1 comment:

Mobile Technology All Fart No S**T

Being a guy interested in creative advertising and innovation, this ad really caught my eye. Has been doing email rounds..so thought to capture the same here on my own paradise:-)

How innovative can one get? How can one really think out of the box? How does one use some other technology to better the gaseous spirits?

This ad really had me thinking :-) have a look.

At least now a lift will smell good for the midgets ;-)

THE Kashmiri cuisine has a lot of fantastic food to offer. They have some delicious (thumbs down) that some would die for. The Wazwan Kashmiri kiosk in Dilli Haat has another speciality that I dont think would be available anywhere else. Check the Drinks section of their menu .. guess they do believe in equal opportunity menu. 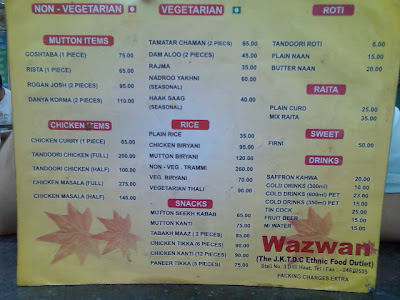 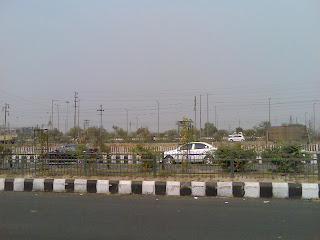 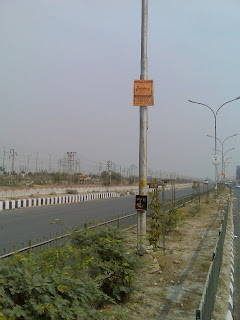 These are some of the roads I frequently travel for the "Paapi Pet" :-)

The supposes and maybes of the mind

Suppose what your faith has said was essentially correct

Suppose there is a Universal Mind controlling everything, a God willing the behavior of every subatomic particle.

Now every particle has an anti-particle, its mirror image, its negative side.
Maybe this universal mind resides in the mirror image instead of in our universe as wanted to believe. 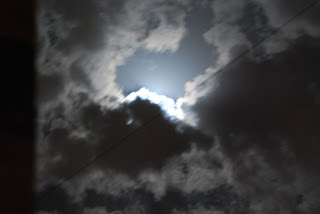 Took some pics last night after the heavy rains. Have a look